How to Start a Dodgeball League 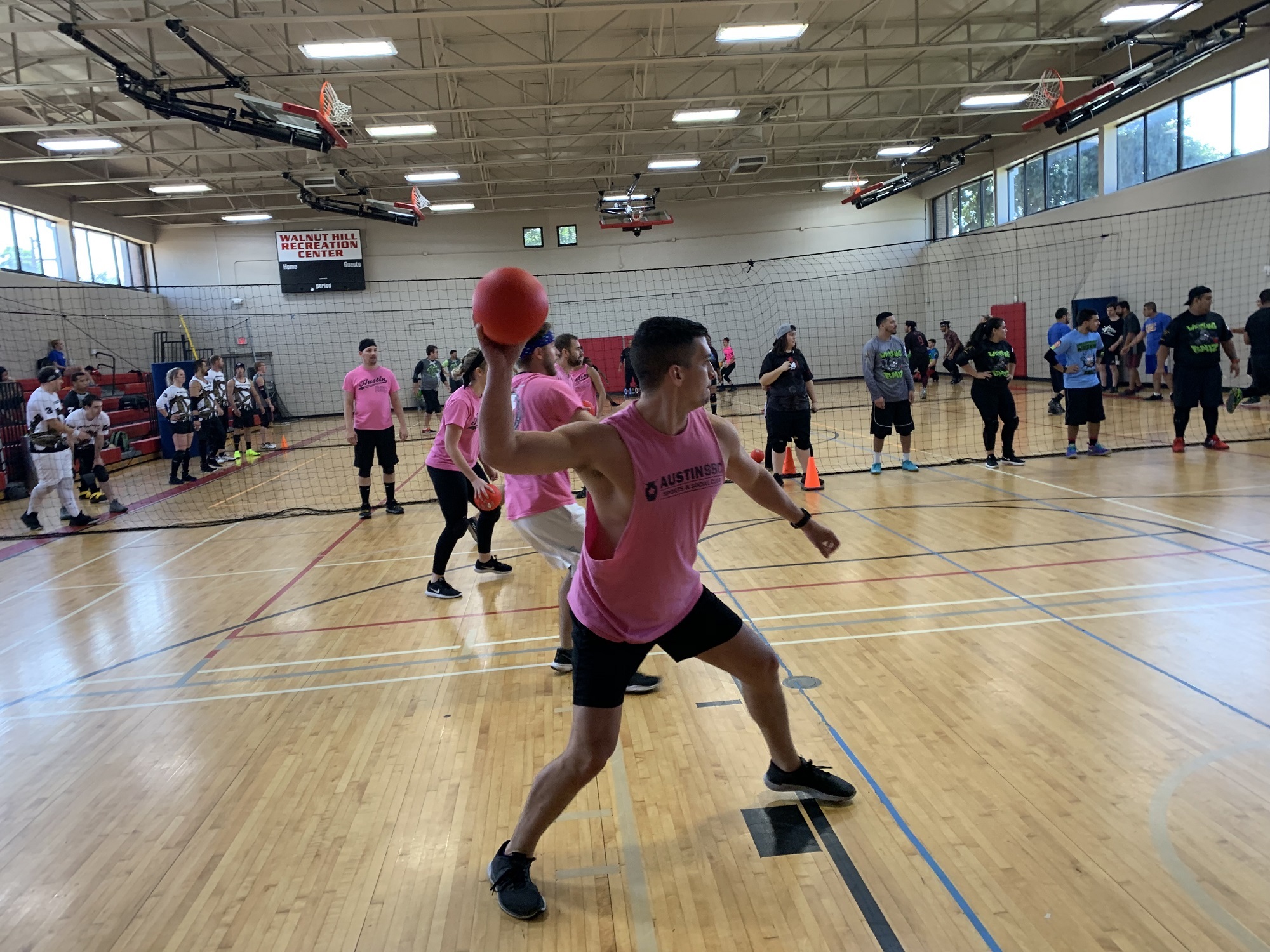 Major League Dodgeball (MLD) is committed to growing the sport of dodgeball at the local, grassroots level. Below is information is about how to start a dodgeball league with a city recreation center program in your area.

What You Will Need

Many city recreation centers around the country have an instructor program whereby individuals can partner with a rec center to offer classes and programs to the local community. For example, a person skilled in the Zumba fitness program can apply and sign up to become an independent instructor at a city rec center and offer Zumba classes to the public. The person would not be an employee of the city, but would be an independent contractor. Instructors may charge the public for their classes. In many cases, the class fees are split 70% to the instructor and 30% to the city rec center. It is a win-win situation. The Zumba instructor gets free use of a city rec center gym or room while earning money, and the rec center offers a program of benefit to the local community. There are many different programs that rec centers offer under this arrangement throughout the country including Pickleball, youth and adult basketball programs, dance and gymnastics, fitness bootcamps, crafts and DODGEBALL! This is the method that Dallas Dodgeball, and various other dodgeball organizations around the country, use to offer dodgeball programs to their local communities.

There are several advantages to the instructor for using this method. The instructor receives free use of a gym, earns income, receives promotional support from the rec center, and is (usually) protected from liability (injuries etc.) as the program is a city operation.

If you would like to the use the instructor option for starting a dodgeball program in your community, take the following steps: 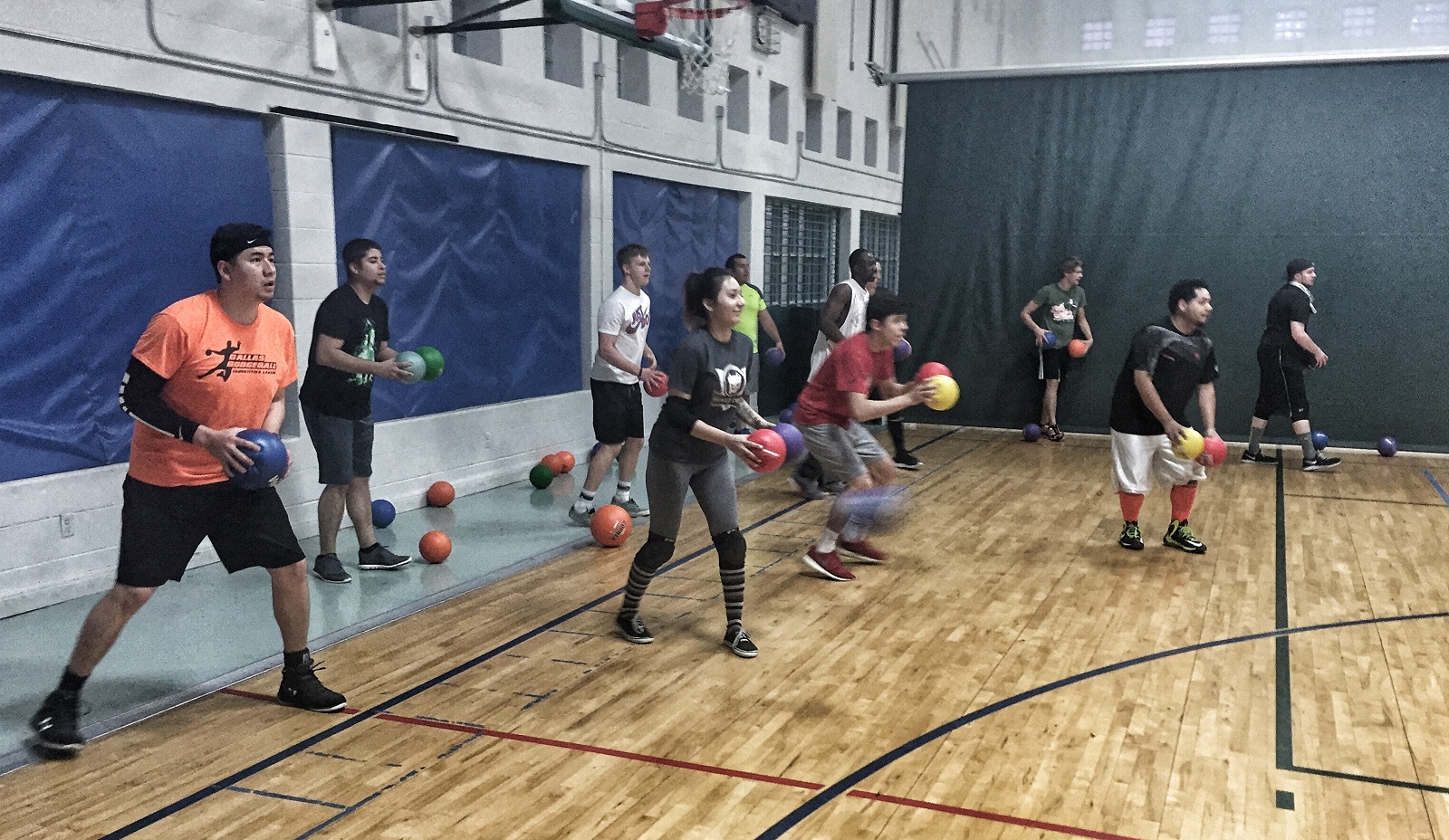 This gym had metal bars over windows (seen in the far windows of this photo) that caused damage to dodgeballs. The windows had to be covered with pads to prevent damage to the balls. However, the gym did have a center divider as seen in this photo.

After approval from the city rec center, there are several options for proceeding with the dodgeball program.

First, dodgeballs must be purchased for the program. Some rec center directors will purchase the dodgeballs for the program while others will not. If the rec center does not purchase the balls you will have to use your own funds until you start receiving payments from the city. Also, the type of dodgeball will be important for your league. Ideally, you will want to use official WDBF dodgeballs (and rules) for the league. If the WDBF balls are too costly, we recommend 7-inch foam dodgeballs from S&S Worldwide (the most durable foam dodgeballs) or 7-inch no-sting rubber dodgeballs. (Some developed leagues offer programs with numerous ball types.) A complete discussion of dodgeball ball types can be found here. You should have at least four sets of six dodgeballs to start.

Another option that must be decided on is the type of dodgeball program that you wish to operate, including the age of participants. (Unfortunately for those wishing to start a youth dodgeball program, additional and costly insurance is often required.) We recommend a program for ages 18 and up. For ages 18 and under, we recommend the program be led by an organization.

Starting your dodgeball program with open plays is usually the best option. After a sufficient number of regular players are established you can proceed to offering a league with specific teams and scheduled games.

At open plays, people who show up are divided into two teams (or four teams if there are a sufficient number of players and at least two courts are available). If 16 people show up to open play then it can be 8 vs 8. If forty people show up for dodgeball then it can be 20 vs 20 (if one court is used). Teams can be divided up by the instructor or two captains can be selected to pick teams. If two courts are available there is also the option to have one court for more advanced players and one court for beginning to intermediate players.

How to Promote Your Dodgeball Program

There are various ways to promote your dodgeball program. First, your city rec center will most likely include your program in the city’s recreational programs catalog (print and online). The catalogs are usually published seasonally.

Word of mouth is another way to promote. Encourage all participants to tell their friends and families about dodgeball.

Online is perhaps the best way to promote your dodgeball program. Develop a website for your program if you have the capabilities or connections. Obtain a descriptive domain name for your website, such as www.clevelanddodgeball.com, or if that is taken, switch it around for www.dodgeballcleveland.com.

A website is recommended but is not necessarily a requirement. More than a few dodgeball leagues use Facebook as their primary tool for the dissemination of information. Facebook, Instagram, YouTube, TikTok and Twitter are social media sites that can be used to promote your program. Be sure to make your posts shareable, and create events that are shareable also.

Meetup.com can be a valuable tool in promoting your dodgeball program. Though many websites have been diminished in recent years due to the rise of Facebook and other social sites, Meetup.com has retained, and perhaps even expanded, its usefulness. Twin Cities Dodgeball, for example, uses their Meetup page as their primary organizing and promotions tool. A six month organizer’s subscription at Meetup.com is about $100 per six months at the time of this writing, and the money spent is well worth it. Spend your promotional funds at Meetup.com first and you will not regret it.

Lastly, believe it or not, a posting in the Community/General Community section of your local Craigslist will bring in new players. Create a posting with a title such as “Open Play Dodgeball Saturday June, 5th – Public Invited.” Be sure to include photos with the listing.

Once you have established good attendance with your promotional efforts and your open plays, you are ready to start actual league play.

First, there are more than a few decisions that need to be made about your league, to include:

League schedules will depend on number of teams, number of courts and time available. You will want to maximize playing times based on these factors. Here’s an example of a standard 8 team league playing on two courts from 7-9PM.

After each game, record the results (games wins/losses) and overall outcome of each match (win/loss). Use an Excel sheet or similar tool to record scores and standings.

The after party location should be a restaurant, bar or sports bar located in the vicinity of the league. The location should be open late enough to accommodate players after the league night is over. Often, the establishment will offer coupons, special offers and even sponsorships for your league in return for the business you will bring them.